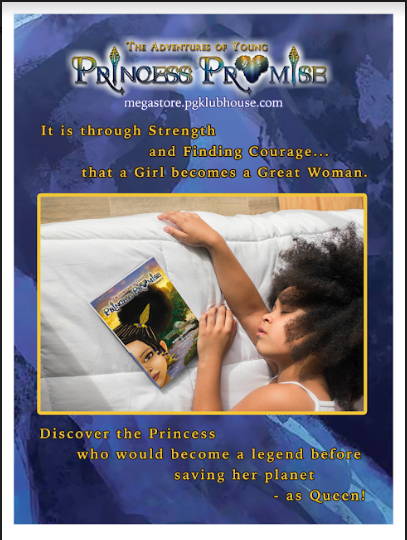 On the Planet Rahm in the Kingdom of Krawen

Even though rumors of strange events occurring outside the Kingdom of Krawen swirled about, another two-and-a-half cycles (ten Ert years) would pass before young Princess Promise would become the legendary freedom fighter known as Kez-Shey Bellar - “She who would not let it be”.

Now at only one-and-three-quarter cycles of age (seven Ert years) Promise and her closest friends, Gabrielle and Tiki, support one another in fantastic adventures, learning valuable life lessons from Promise's father King Barrick, his longtime friends General Jaspari and Marshall U-Hotek, and from each other.

Children of Ert… We bring you the Krawen Chronicles and theAdventures of Young Princess Promise!

Produced by PGK Books LLC The Adventures of Young Princess Promise acknowledges in its characters and storylines PGK's goal of appealing to a diverse population of children readers, their parents, teachers and other caregivers. As Princess Promise follows her destiny, striving to defend what she believes is right, she serves as a beacon of female empowerment - a role model for girls, boys and children of all backgrounds who bear witness to her adventures. It's Law Cunningham's hope that children who read The Adventures of Young Princess Promise feel empowered to place greater value on their lives, not because of what they look like or where they're from but because they have a right to the strength and dignity that come with self-empowerment. 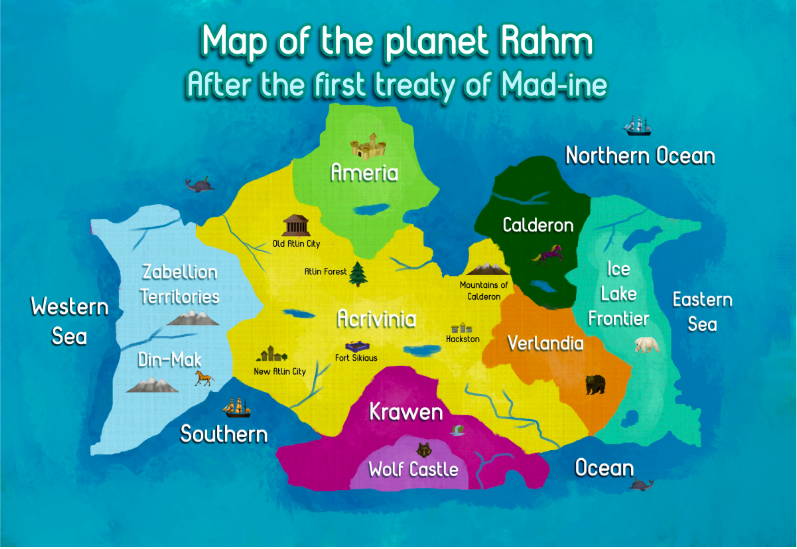 Now, take a look at the entire 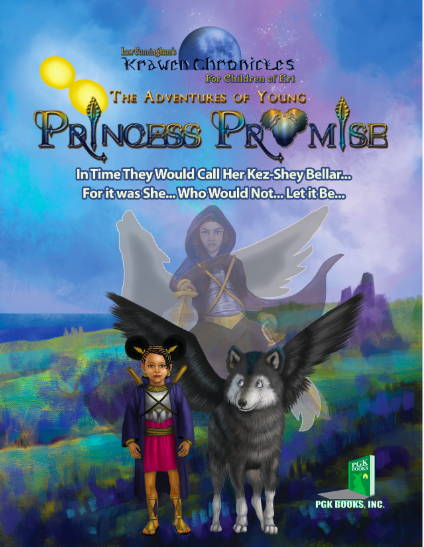 Set on planet Rahm and beginning in 7016 C.E. (3,824 years after Ert), each collection of tales is written for and targeted towards a particular age group. The main characters in all ten chronicles are of the Barrick Omarabine bloodline. Barrick is an orphan turned thief who reluctantly leads a rebellion against tyranny, leading to his being crowned King of the fledgling nation of Krawen which means The Wolf's Den.

And yet, when tragedy occurs during an unprecedented age of prosperity, the hero Barrick reverts to his former selfish ways. Only through the trials of his daughter, Princess Promise and his sons, the three princes Justice, Power and Sincere, can his legacy be redeemed.

As for Princess Promise, children of Ert should remember that each “Adventures of Young Princess Promise” storybook gives younger “Krawen Chronicles” fans exclusive access to pivotal clues that unveil mysteries and reveal secrets relevant to the teen and adult stories.